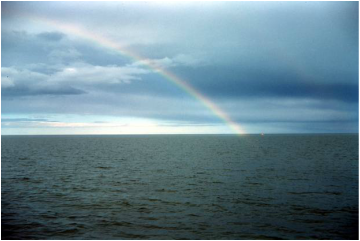 This section contains a sampling of valuable talks given by outstanding teachers, all of whom have a strong karmic tie to the CSangha community.  It is by no means exhaustive and is a work in progress. Our current selections are:

I. "Baby English" by the Ven. Tangen Harada Roshi (August 24, 1924-), Venerated Master of Bukkoku-ji, an international  training temple in Obama City, Fukui Prefecture,  Japan, followed by audios  of short Kannon Day talks given by him in 2009 and 2010 and translated by the late Belenda Yamakawa, an audio of a question and answer period after a gyocha (tea ceremony) led by him in 2010 with Belenda Yamakawa translating when necessary, and a translation of a 11/06/97 sesshin teisho, also translated by Belenda.

II. Comments On Attaining Peace by The Most Venerable Maha Ghosananda (1929- March 12, 2007) , Supreme Patriarch of Cambodian Buddhists, followed by a short, inspiring video​ of his life and teaching.

III. Excerpts from a teisho on Case #19 in The Mumonkan by Maurine Stuart Roshi  (March 3, 1922- February 26, 1990), beloved teacher of The Cambridge Buddhist Association, followed by an audio of the teisho,
and audios of  01/87 and 02/87  teishos by her on Cases in The Record Of Rinzai, and a 01/88 teisho on Hui Neng's final instructions contained in The Sutra of The sixth Patriarch.
​
IV. A short video on Zazen practice by The Ven. Shodo Harada Roshi (August 26, 1940-), highly respected Master of Sogen-ji, an international training temple in Okayama, Japan.

V. A short video of The Ven. Thich Nhat Hanh ( Oct.11, 1926-) renowned Teacher in the Vietnamese School Of Zen, speaking on the subject of birth and death.

VI. Final verses of the Sutra Of Bequeathed Teachings.

​Please press the "Teachings" heading in the top of the screen in order to navigate to these selections.